How To Control Negative Thinking During A Game 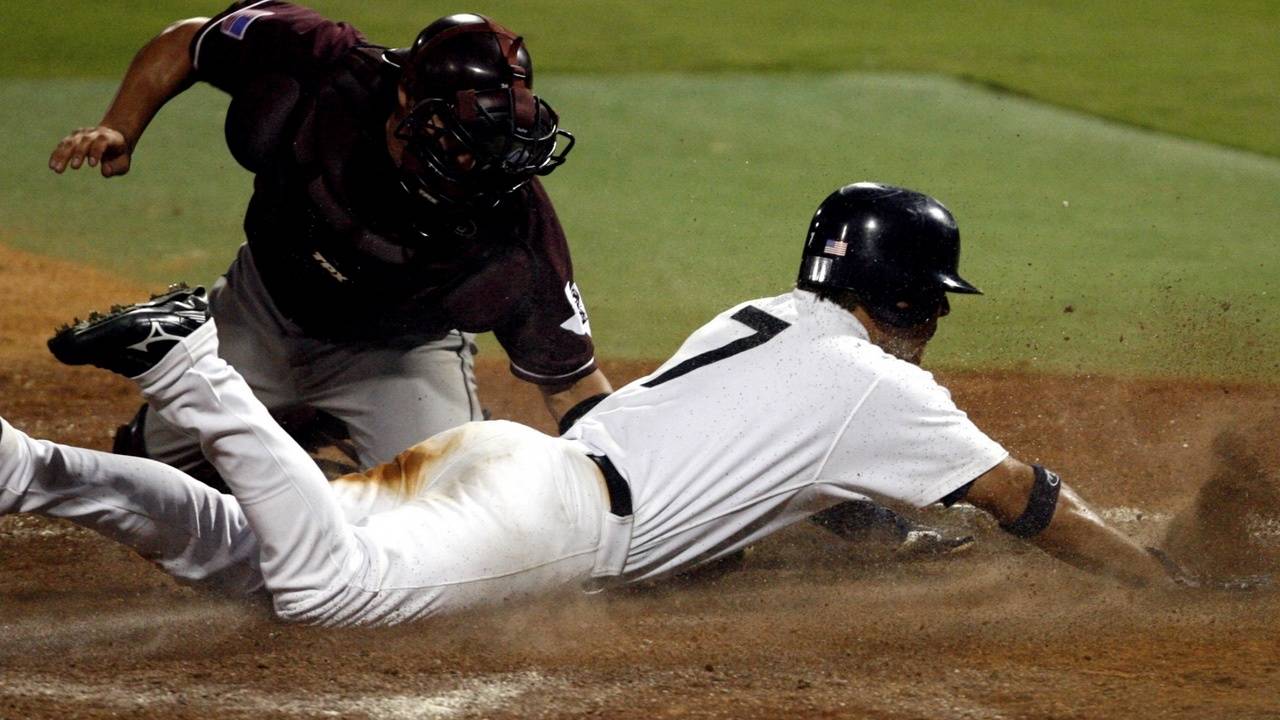 You’re in the middle of a game and you make a mistake.

Immediately, that voice in your head starts to attack. Whispering words of negativity, tearing you down and lowering your confidence.

Now when this happens, how easy is it for you to bounce back, forgetting the mistake and moving on with full focus?

Which is why you need a system for controlling negative thinking whenever it appears during a game.

There are many different forms of negative thinking, but they all have one thing in common: they work against your ability to perform your best.

They are frames of thought which eat at your confidence, increase anxiety, deter your focus, and lead to you playing stiff, timid, and overall well below the potential you know you’re capable of.

The first form of negative thinking is negative self-talk. This is the one I introduced in the example in the introduction. Typically, it will ignite after a mistake, but can also happen before a game or at any moment during your performance.

Self-talk is the way you speak to yourself about yourself. For example, let’s say you’re a baseball player who just struck out. Likely, as you walk back to the dugout (if you have negative self-talk) your thoughts will look something like this:

Now as you repeat these phrases to yourself, what do you think will happen to your mood? You’ll begin to sulk around, your confidence will drop, and your motivation will likely decrease.

Leading into the field and even your next at bat, you won’t be as focused and will lack a level of self-belief due to the continual negative thoughts filling your head.

It’s easy to notice negative self-talk after a mistake, as I believe that is when it’s highlighted the most. So think about when you make a mistake. What kind of thoughts are running through your head?

Would you say you speak more negatively or positively to yourself?

A second form of negative thinking you can have during a game is outcome-oriented thinking.

Now, at face value this is not as clearly a negative form of thought as negative self-talk. However, once you begin to dig deep into the reaction your mind has to such thinking, you quickly realize how hurtful it is to your performance.

When it comes to sports, all of these outcomes are no doubt something you desire. Of course you want to win the game, however, is focusing on wanting to win actually the best option to make that happen?

When you focus too much on the outcome, this leads to anxiety and fear. You worry about what will happen if you make a mistake, how you’ll come back from being behind, how you’ll hold onto the lead, and so on.

All of this takes your attention away from the present moment…the only thing you can actually control. It is this distraction that leads outcome-oriented thinking to be labeled as a negative form of thought during a game.

"When you focus too much on the outcome, this leads to anxiety and fear. You worry about what will happen if you make a mistake, how you’ll come back from being behind, how you’ll hold onto the lead, and so on."

A third form of negative thinking during games is trying to be too perfect. Perfectionism is all about trying to be perfect to an extent where you fear making a mistake.

Interestingly, however, perfectionist thinking typically involves focusing heavily on what you did wrong, rather than looking for signs you were perfect.

It’s the fear of not being perfect that fuels this type of thinking. You feel such a desperate need to be perfect, coupled with a never ending eye for mistakes, leading to you completely obsessing over any mistake, no matter how big or small.

During a game, this is a huge distraction. It causes a drop in your confidence while leading to you playing timidly.

What do you think happens when you place such a heavy expectation on yourself to perform perfectly during a game?

Number one, this places a tremendous amount of unneeded and unhelpful pressure on yourself. On top of that, your mind shifts to not making a mistake. Rather than wanting to succeed, it’s this desire to avoid failure that fuels your actions.

Much like walking across a thin layer of ice, you tiptoe through your performance, never allowing yourself to let go and play freely.

The Problem Athletes Run Into When Trying To Control Negative Thinking

These forms of negative thinking have a direct impact on your level of play. As they continue to be present, you will continue to perform below your potential. Which is why it’s natural for you to not only grow to fear this type of thinking but try to force it out of your mind.

But that right there highlights the main problem athletes run into when trying to control negative thinking: you cannot force a thought out of your head.

Well, if you honestly kept telling yourself not to think about a red ball, you probably saw a red ball. But why? Why didn’t your brain listen to you when you said don’t think about it?

Now, to tie this into negative thinking during a game the same concept applies. If you keep telling yourself not to think negative thoughts, where are you placing your focus?

Therefore, if you truly want to control negative thinking during games, it doesn’t happen by trying to force them away. It happens by taking a completely different approach: substituting negative thoughts for more positive and productive ones.

The Key To Controlling Negative Thinking

Right now, you must make a shift in your thinking. No longer is your aim to free yourself from negative thoughts. Instead, your focus needs to be on developing positive and productive thinking.

No matter what, thoughts will be running through your mind during a game. So rather than constantly be trying to force them out, it’s time to invite more positive ones in. That’s where the practice of substitution comes into play.

"Right now, you must make a shift in your thinking. No longer is your aim to free yourself from negative thoughts. Instead, your focus needs to be on developing positive and productive thinking."

If you have negative thinking during games, there is a very likely chance that your natural thought patterns will be quite similar.

For example, if you tell yourself how stupid you are after making a mistake, you’re probably gong to have a similar way of speaking to yourself outside of your sport.

So, what you first want to do is work on substituting your natural negative thought patterns for more positive and productive ones. This happens by using a simple three step process:

Now for immediate substitution, you want to come up with a thought stopping phrase to use. This will be something you say to yourself whenever you notice negative thinking begin to take control.

Let’s say you’re in the middle of a game and you notice yourself beginning to think about your stats. You’ve identified this as a form of negative thinking that affects your ability to focus and perform your best.

What can you do in that moment to stop the negative thoughts?

A simple way to do so is through the use of a thought stopping phrase. This is a single statement you create and memorize. Then, anytime you notice negative thoughts form you immediately begin repeating this phrase to yourself.

It works incredibly well due to the principle of substitution. You take control of your thoughts, not by worrying about forcing negative thoughts out, but by consciously choosing a new thought.

When creating your own thought stopping phrase I encourage you to think about what emotional state you want to be in. For example, you could say:

The statement doesn't need to be complex, just a simple phrase you can remember and then turn on repeat whenever you notice negative thoughts taking place.

Whenever you find yourself in the middle of a game and negative thoughts begin overrunning your mind, remember: you can’t force negative thoughts out. As much as you try, by focusing on them you are only inviting them to stay.

Instead, you want to make use of the principle of substitution.