How To Keep Your Composure After A Mistake 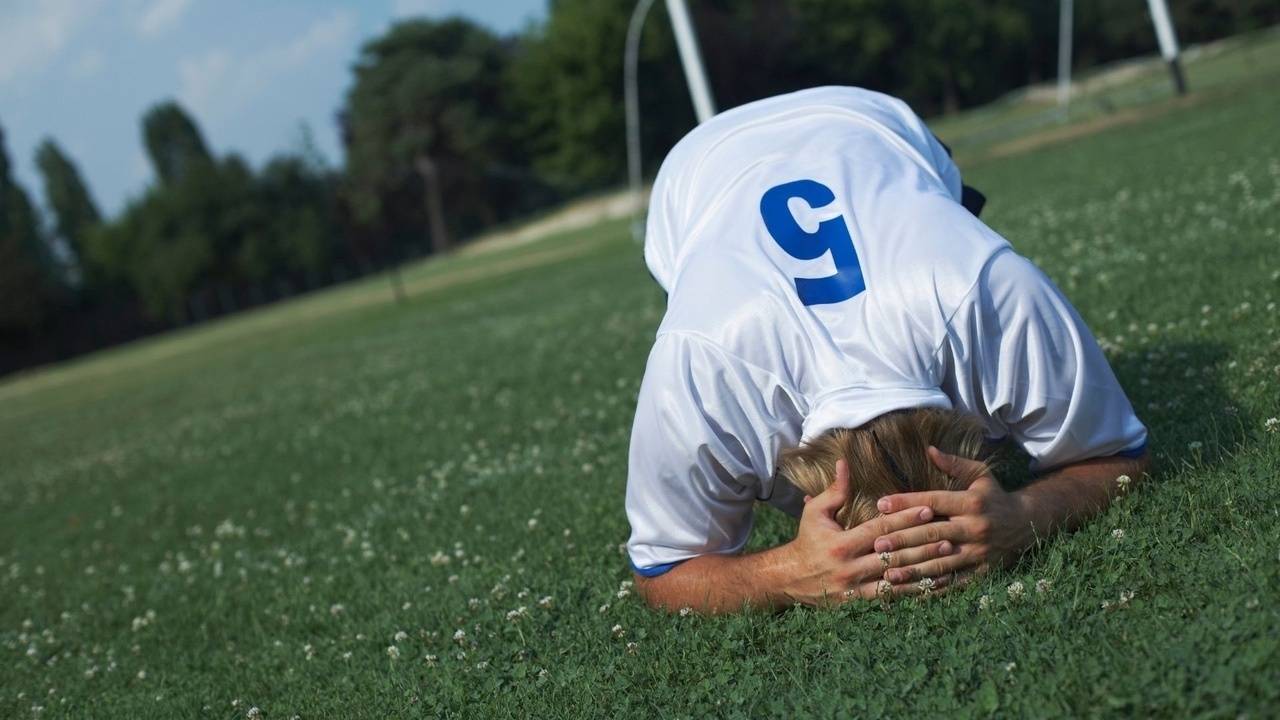 The other day, I was at a baseball game. The pitcher was throwing pretty well, but then all of a sudden a few balls were thrown in a row. Immediately, I could tell his whole demeanor took a shift.

The next ball he threw, his facial expression showed signs of anger and frustration. The next one, he slammed his fist into his glove. It wasn’t long before the bases were loaded and he was walking batters in. His body language grew worse and worse.

The inning before, that same player had struck out. The pitch he struck out on was a little outside, but close enough to where he should have swung. Walking back to the dugout, he shook his head in a mixture of confusion and irritation, completely beside himself at what happened. This was followed by a slamming of his helmet.

I would say that the frustration he was feeling after that strike out was carried into the next inning when he was called upon to pitch. The mistakes he made while pitching further highlighted his anger, and he began to spiral out of control.

This player had a difficult time keeping his composure, and the result was more mistakes moving forward.

What Happens When You’re Too Reactive

Mistakes happen, and when they do, it’s easy to get frustrated. But there’s a difference between getting upset and losing your composure. When you get a little angry at a mistake, you’re able to let it go, refocus, and move on.

However, when you lose your composure, this frustration overtakes you. Now your mind is blinded with rage, embarrassment, self-pity, and all other sorts of negative thoughts and emotions.

When you lose your composure, producing positive results in the future becomes very difficult. You are no longer as focused, confident, or relaxed as you need to be to perform your best.

This means, you’re getting angry with yourself for making a mistake, but in doing so, you’re increasing your chances of future mistakes. From a mental game standpoint, here are the main challenges caused by losing your composure:

As you can see, from a mental game standpoint, losing your composure after a mistake is actually the worst response you can have. While it may feel natural and out of your control, you need to ask yourself, “Is this really the best way to help myself succeed moving forward?”

"When you lose your composure, producing positive results in the future becomes very difficult. You are no longer as focused, confident, or relaxed as you need to be to perform your best."

Putting Yourself In The Best Position To Succeed

The reason mistakes lead to you losing composure is due to your desire to succeed. Otherwise, the mistake or failure wouldn’t have such an emotional impact on you. But since you care, it results in you getting upset.

But this once again raises the question from above, is losing your composure the best way to help yourself succeed moving forward?

The answer is clearly no, as the challenges outlined earlier show. Losing your composure often results in more mistakes as the game goes on. The story I shared to start the article is a prime example.

That pitcher lost his composure after striking out, carried it into the field, and at the first sign of his pitching not going well, he grew even more frustrated with himself. His pitching became more inconsistent, leading to even more opportunities to get angry.

What you need to start thinking about is how you can handle mistakes without losing your composure, to put yourself in the best position to succeed in the future. If you are upset due to a mistake, why allow yourself to respond in a way that raises your chances of future mistakes?

It’s natural to care about how you perform. But there is no real reason to lose your composure and get upset, especially if what you’re after is success in the long run.

Learning How To Take An Objective View

It’s easy to say, “Don’t lose your composure.” But this is incredibly difficult to do. Your current reactions are natural and reactive. In the moment, you are responding emotionally to the situation you’re in.

In the middle of competition, controlling your emotions is not an easy task. Which is why, you can’t rely on simply stopping yourself from losing composure in the moment.

Instead, you must begin training your mind to see situations more objectively. What I mean by this is, seeing what happened, without being emotionally attached to the outcome.

Going off the example from earlier, iIt’s almost as though the pitcher is seeing the action of throwing a ball as separate from himself. He would not judge the act as something personal, but rather as something which happened, he can learn from, and then move on.

This is the actionable way of making use of the commonly used phrase of let it go. You can only let what happened go, without losing composure, when you strengthen your mind to a point where it can do so.

To get to that point, you can employ a process which utilizes mental training tools to help strengthen your mind over time, calm yourself in the moment, and ultimately keep your composure.

"It’s almost as though you’re seeing the action of throwing the ball as separate from yourself. You do not judge the act as something personal, but rather as something which happened, you can learn from, and then move on."

The first step when wanting to take an objective view is detaching from what has happened. You must immediately not get tied up in the action, having your natural emotional response take over.

To accomplish this sort of detachment, you need to take control of your attention by focusing on your breath. This first step is the most difficult in the moment, since your emotions will try hard to take over.

But once you begin focusing on your breath, you’re one step closer to keeping your composure. Breath work is simply making use of certain breathing exercises. No matter what type of exercise you use, the point is to calm yourself and center your attention.

I recommend doing some count breathing. Focus on your breath, counting to five or so as you breathe in. Then, slowly breathe out, for a count of ten.

Once you’ve gotten more control over your attention through breath work, it’s time to work on your emotional state.

Following a mistake, your natural reaction is to get upset, embarrassed, angry, or another negative emotion. This is the emotion that signifies you’ve lost your composure. To keep your composure, the goal needs to be to take control over the emotions you feel following the mistake.

Our thoughts lead to the way we feel. So, in the moment the best thing you can do is work on controlling the voice in your head. The voice which is typically unhelpful, leading to you losing your composure.

Now, you cannot force yourself from thinking the thoughts rushing through your mind. There is no way to kick them out. However, what you can do is substitute them with another thought. This is where a mantra comes into play.

By creating a mantra for yourself and repeating it over and over, you take control of your self-talk and will be instilling a more positive and productive emotional state.

"To keep your composure, the goal needs to be to take control over the emotions you feel following the mistake."

After following the previous two steps, you should be in a more calm and focused mindset, having taken more control over your thoughts and the emotions they generate. At this point, it’s time to refocus.

The goal of this technique is to keep your composure so that you can put yourself in the best position to succeed as you move forward during the game. To do this, you must refocus as quickly as possible.

Going off the example from earlier, the pitcher has the time from when the umpire calls a ball until he starts his motion to throw the next pitch to refocus himself. But in reality, it needs to happen much faster than that.

Another example is a missed shot in basketball. Unless the ball goes out of bounds, play continues. You need to get yourself refocused as quickly as possible.

Refocusing is simply about placing your attention in the moment and focusing on what’s next. What can you do right now to help yourself perform your best the next pitch, play, or moment?

Refocusing is where you let go of the past by turning to the future. This only happens when you’ve taken control of your attention and self-talk through the previous two steps.

Mistakes are common in sports, but the commonality of them doesn’t keep you from losing your composure. After mistakes are made, it’s natural to get upset, losing your focus and possibly your confidence in the process.

But when you lose your composure, you negatively affect your ability to perform the next play. In reality, if you are upset, you must let go of that anger as soon as possible in order to put yourself in the best position to succeed moving forward.

This is not easy to do, but if you follow the three step procedure outlined above, it is a skill you can develop.

If you struggle right now with losing your composure after every mistake and want a more direct and personalized approach, click here to learn how you can get started with mental game coaching.