How to Let Go of Mistakes During a Game 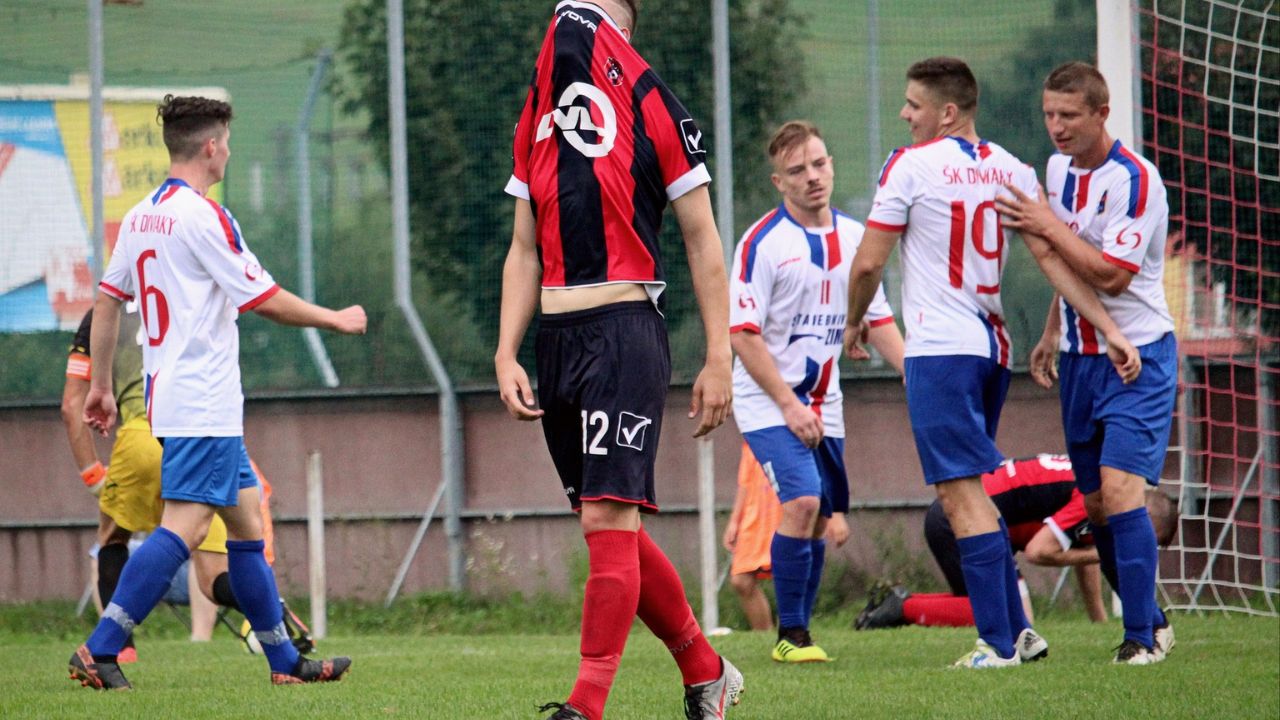 You just made a mistake during a game, what do you do?

There’s a lot of things you can do, but to keep it simple, you have two choices: let the mistake go, or get upset about it and carry it with you.

So, which do you typically choose?

I’m going to guess, based on the title of the article, you tend to choose option two. That’s okay, and honestly, the easier and more natural of the two choices. I mean, what athlete likes making a mistake?

But the problem is, you get upset because you made the mistake, but by getting upset, you raise your chances of making another mistake.

So, our aim isn’t to suddenly turn mistakes into something you love, but rather, get you to respond to mistakes in a way that will increase your chances of playing well moving forward by decreasing the chances of you making a similar mistake again.

This isn’t easy and requires effort. But anything worth doing does. What I can tell you is that mistakes aren’t the problem. It’s your reaction to mistakes that presents a challenge. So, to let go of mistakes during a game, you have to learn how to react differently to making mistakes.

What Happens When You Can’t Let Go of a Mistake?

What is it about holding on to a mistake that causes you trouble during a game? Why is it that you even need to learn how to let go of mistakes in the first place?

The reason is because of what happens to you mentally once a mistake is made and you react in a negative way.

What typically occurs is one mistake turns into another, then another, and then you are headed down a downward spiral that leads you feeling terribly and performing just as bad.

All of this happened because of one simple mistake. But why?

Well, once a mistake happens and you hold on to it, you are now living in the past. What I mean by this is in terms of your focus. All your attention is on what just happened, getting mad at yourself for what you did, and wishing you could change it.

Now, when you are focused on a past mistake, what is the image you hold of yourself? What type of player are you seeing?

If you’re focused on the mistake, and keep thinking about it, the type of player you see is one who makes mistakes.

It is very difficult to outperform your own self-image, therefore, you are now fighting against the current to try and perform differently than the image you see in your mind.

On top of that, when you hold on to a mistake during the game and can’t let it go, two main mental game challenges form: anxiety and fear of failure.

‍“What typically occurs is one mistake turns into another, then another, and then you are headed down a downward spiral that leads you feeling terribly and performing just as bad.”

Do you want to make another mistake after you just made one?

No, of course not.

So, what can quickly happen is you grow anxious about making another mistake. This anxiety grows worse if you’ve experienced something similar before.

Let’s say last year you had a pattern where every time you made a mistake early in a game the rest of the game went downhill. Now, what’s going to happen when you make a mistake this year?

Naturally, you will begin to worry that the pattern you experienced last year is about to repeat itself.

What accompanies anxiety is fear. Specifically in this situation, we are talking about the fear of failure. Because a mistake means failure for you within the game, you start to fear making another mistake.

Both anxiety and fear of failure have a negative impact on your ability to perform. They lower your confidence, cause you to play tense, and lead to you play timidly.

A term I heard recently from an athlete is playing it safe. After he makes a mistake during a game, he plays it safe. The reason he does so is that his focus is on not making another mistake. However, playing it safe tends to lead him to making a mistake.

Because when you play it safe (so you are holding back and playing timidly) you are overcontrolling yourself and you become a bit robotic. You’re not performing naturally and just allowing your body to do what it knows how to do.

You are holding yourself back.

That’s what anxiety and fear cause you to do. They keep you from playing your best, and on top of that, they can result in you making even more mistakes as the game goes on.

A Strategy to Let Go of Mistakes During a Game

I’m a big fan of keeping things simple. You don’t need a ton of different strategies and tools. All you need is one that works well, and you can use repeatedly.

There are many tools I’ve used to help athletes let go of mistakes during games. That’s the benefit of one-on-one coaching; I can tailor a strategy or tool to the specific athlete.

But no matter what tool I choose, the underlying principle is the same: we are working to change their reaction to the mistake.

For you, the same concept applies. If you want to let go of a mistake during a game, you must work to control your reaction to the mistake. That’s what this two-part strategy will help you do.

Resistance is only going to make the mistake worse. When you get upset at yourself for making a mistake, what’s really happening is you can’t accept the fact that the mistake happened. You beat yourself up and probably say things to yourself like, “I can’t believe I did that.”

As you resist what happened, you’re unable to move on. It’s like you’re stuck trying to change something that cannot be changed because it happened in the past. Yet, you’re still holding on to it because of your resistance.

I’m not saying you should be happy about the mistake, but you have to accept that it happened. There’s no use, in the middle of a game, getting upset with yourself and resisting the fact you just made a mistake.

It happened, it’s over, now it’s time to move on.

When you truly accept a mistake, you set yourself up to respond differently. Since you are no longer beating yourself up over what happened, your mind is free to focus on what it needs to be focused on to play well moving forward.

This isn’t an easy step, but simply by accepting that the mistake happened, you are giving yourself a better chance of letting it go and leaving it in the past.

“When you truly accept a mistake, you set yourself up to respond differently. Since you are no longer beating yourself up over what happened, your mind is free to focus on what it needs to be focused on to play well moving forward.”

Think of your thoughts following a mistake during a game like a train barreling down a track. Your job is to stop the train. How are you going to do that?

This is known as a thought-stopping phrase. But for controlling your reaction to making a mistake, I think it’s better to use a question rather than a phrase.

Instead of saying, let it go, we are going to allow your mind to work itself out through the use of questions. To understand why this works, we first must understand why we react the way we do.

I’ve said that the reason we get upset after a mistake is because we don’t want the mistake to happen. So, by getting upset with yourself, what’s essentially happening is your mind is searching for a way to keep the mistake from happening again.

Only, it’s not doing a very good job of it.

What you want to do is leverage this idea by asking yourself this question as soon as you feel yourself getting upset or frustrated after a mistake: Is this helpful?

The obvious answer is no. Even when you’re in the middle of getting upset with yourself and are overwhelmed with frustration, your mind can’t help but logically understand that getting upset is not the best option. It’s not helpful. But you won’t realize this unless you ask the question.

By asking, is this helpful, you immediately interrupt the pattern of getting frustrated and right there, you have stopped the train in its tracks.

Once you’ve asked yourself that question, you have to take it a step further and ask: What would be helpful?

The answer to this one will be different depending on the situation you’re in and what sport you play. It may involve running back and playing defense, it may involve cheering on your teammates, it may involve getting ready for the next play.

Whatever it is, that’s what you need to be focused on. This second question removes your attention off the mistake and places it on what you know will help you play better moving forward.

Now, neither of these questions is easy. You will naturally have resistance to them. But just work to have the intent to ask yourself these questions, and over time, they will help you let go of mistakes during a game.

After you make a mistake during a game, you’re faced with two options: let the mistake go or hold on to it and carry it with you as the game goes on.

The easiest choice is the second one. But the helpful choice is the first. If you don’t want to make a mistake again and again, you have to learn how to let it go. Now of course, that’s a lot easier said than done. But with the help of a strategy, it’s possible.

What you want to do first is accept the mistake. I know, not the most attractive idea, but it’s necessary. Then ask yourself two consecutive questions: is this helpful and what would be helpful?

Those questions interrupt the pattern of negative thinking that occurs after a mistake and gets your mind focused on what you need to be focused on and doing to play your best moving forward.

Put this strategy into practice and begin working on building your ability to let go of mistakes during a game. Thank you for reading and I wish you the best of success in all that you do.